An Evening with Joan Osborne

An Evening with Joan Osborne
On her tenth studio album, the masterful Trouble and Strife, Joan Osborne has issued a clarion call. With stunning vocals, a diverse range of sonics, and incisive lyrics, this deeply engaging collection of new original songs is her response to “the crazy, chaotic times we’re living in,” she says, and “a recognition of the important role music has to play in this moment. Music has a unique ability to re-energize people and allow us to continue to hang on to that sense of joy of being alive.”

Since she broke through 25 years ago with the multi-platinum Relish and its touchstone mega-smash “One of Us,” the seven-time Grammy nominee has never played it safe. Osborne has followed her restless musical heart, exploring a diverse range of genres: pop rock, soul, R&B, blues, roots rock, gospel, funk, and country – all of which can be heard on Trouble and Strife, along with the Western side of C&W and a touch of glam and disco.

Tackling serious subject matter in her writing while crafting music to “uplift,” Osborne assembled “a great live band” (including several musicians who played on her acclaimed last album, Songs of Bob Dylan): guitarists Jack Petruzzelli, Nels Cline, and Andrew Carillo, keyboardist Keith Cotton, bassist Richard Hammond and drummer Aaron Comess. For vocal harmonies, she enlisted exquisite vocalists Catherine Russell, Ada Dyer, Martha Redbone and Audrey Martells, whom she’s “had the great privilege to work with over many years.” The result is a Trojan horse of a record – music that is energizing, melodic, and hummable, with lyrics that call out the corrupt, the despicable and the destructive.

It’s been quite the journey since the woman AllMusic.com declared “the most gifted vocalist of her generation” moved from small-town Kentucky to attend NYU film school in the 1980s. Osborne’s astounding voice drew attention when she joined the fun at open mic nights in downtown clubs, which eventually led to 1995’s Relish, “that rare breed of album where critical consensus, popular approval and enduring appeal unite,” according to American Songwriter. She has amassed a loyal fan base as she’s continuously traveled the country. Through it all, she sees more clearly now than ever the essential role our troubadours play.

“I feel like music has this important job to do right now,” Osborne says. “Part of that job is to help imagine a better future – and to hang on to hope. I want to play for people and get them up on their feet and dancing. To let music do that thing it does – bring joy and energy because we really need that right now.” With Trouble and Strife, she intends to do just that. 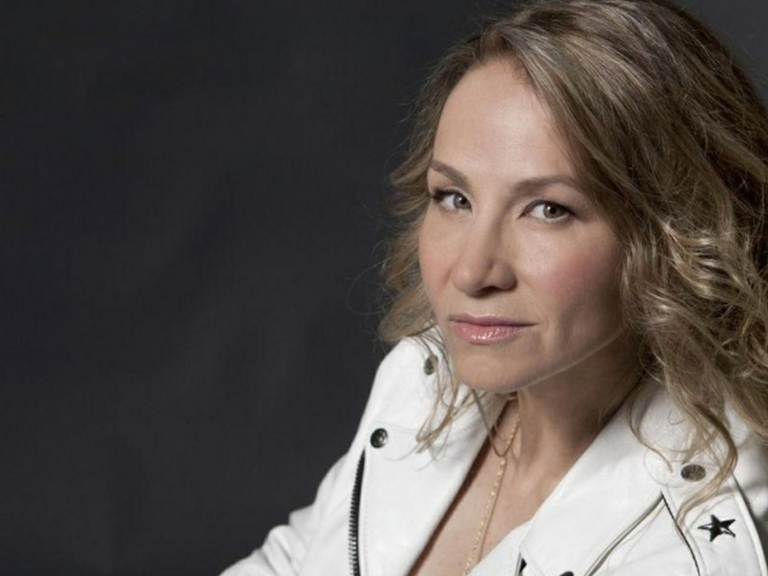