Few artists are storytellers as deft and disarmingly observational as Andy Shauf. The Toronto-based, Saskatchewan-raised musician’s songs unfold like short fiction: they’re densely layered with colorful characters and a rich emotional depth. On his new album The Neon Skyline (out January 24 via ANTI-), he sets a familiar scene of inviting a friend for beers on the opening title track: “I said, ‘Come to the Skyline, I’ll be washing my sins away.’ He just laughed, said ‘I’ll be late, you know how I can be.’” The LP’s 11 interconnected tracks follow a simple plot: the narrator goes to his neighborhood dive, finds out his ex is back in town, and she eventually shows up. While its overarching narrative is riveting, the real thrill of the album comes from how Shauf finds the humanity and humor in a typical night out and the ashes of a past relationship.

For The Neon Skyline, Shauf chose to start each composition on guitar instead of his usual piano. He says, “I wanted to be able to sit down and play each song with just a guitar without having to rely on some sort of a clever arrangement to make it whole.” The resulting album finds its immediacy in simplicity. While the arrangements on folksy “The Moon” are unfussy and song-centered like the best Gordon Lightfoot offerings, his drive to experiment is still obvious. This is especially so on the unmoored relationship autopsy “Thirteen Hours,” which boasts an arrangement that’s both jazzy and adventurous.

With any album about a lost love, the key ingredient is a generosity and kindness that can only come from a writer as empathic as Shauf. On the standout personality-filled single “Try Again,” the narrator, his friends, and his ex find themselves at a new bar. The former lovers’ reunion is awkwardly funny and even sweet, as he sings, “Somewhere between drunkenness and charity, she puts her hand on the sleeve of my coat. She says ‘I’ve missed this.’ I say “I know, I’ve missed you too.” She says, ‘I was actually talking about your coat.’” It’s a charming moment on a record filled with them. Shauf’s characters are all sympathetic here, people who share countless inside jokes, shots, and life-or-death musings on things like reincarnation when the night gets hazy.

On top of heartbreak, friendship, and the mundane moments of humanity that define his songwriting, Shauf makes music that explores how easy it is to find yourself in familiar patterns and repeat the same mistakes of your past. His characters wonder, “Did this relationship end too soon? Would going to another bar cheer my friend up?” Or in the case of the foreboding “Living Room,” where a character asks herself, “How hard is it to give a shit?” the songs on The Neon Skyline ultimately take solace in accepting that life goes on and things will be okay. Shauf says, “there’s moments on the album where the characters are thinking ‘this is the end of the world.’ But there are also moments with some clarity and perspective: Nothing is the end of the world.” 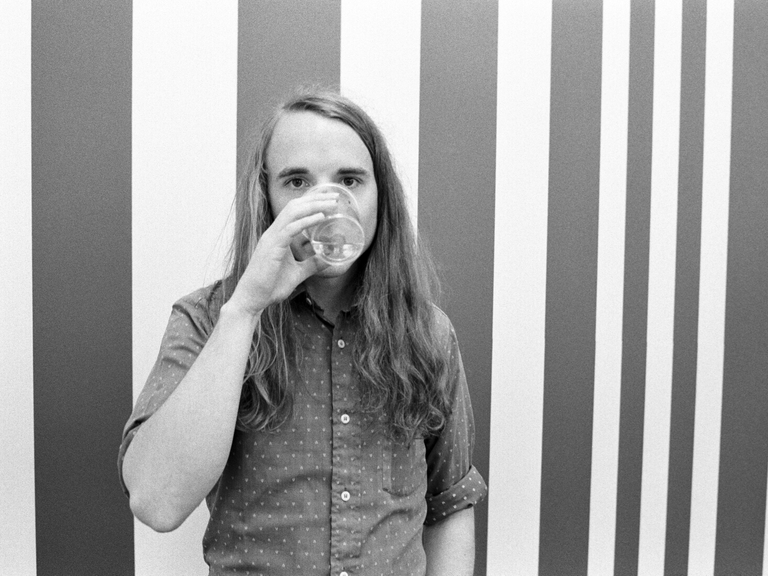 Bienfait, Saskatchewan's Andy Shauf slowly built a devoted fanbase of (mostly) Canadian music lovers hooked on his song craftsmanship, hooked on the gripping narrative-based storytelling of 2012's The Bearer of Bad News (subsequently reissued in 2015 stateside). But it was 2016's The Party -- a work bathed in lush arrangements and 70s-era nods to Simon and Newman -- that brought an international audience to the table. The product of three years of writing/rewriting, arranging/rearranging, and applying the full arsenal of his arranging chops, The Party was hailed as "a warm mix of late-period Beatles melodicism and Nilsson in his more melancholic moments" (Q), and "relatable and honest, simply marvellous" (Exclaim), and Shauf celebrated as "a new accomplished voice" (The Guardian). The album was triple-nominated at Canada's 2017 JUNO Awards (Breakthrough Artist of the Year, Adult Alternative Album of the Year and Recording Engineer of the Year), and short-listed for The Polaris Music Prize, Canada's top music award. Since then, Shauf has chipped away at the followup to The Party, and found time to complete and release an LP from his band of longtime Saskatchewan pals, known collectively as Foxwarren. The group's self-titled album will be released on ANTI- / Arts & Crafts (Canada) on November 30th, 2018. This winter, Shauf and his full band featuring Colin Nealis (bass), Daniel Pencer (clarinet), Karen Ng (clarinet), Dani Nash (drums), Matthew Bailey (guitar) will return to the stage to play a set of old favourites mixed in with a number of new songs from his next record.