The Los Lobos show that was rescheduled for March 5th, 2021 at Washington’s has been rescheduled for March 4th, 2022. Existing tickets will be honored to the rescheduled show. The refund end date has passed and we are no longer offering refunds for this show. If you can no longer attend, reach out to boxoffice@washingtonsfoco.com with your order number, the name and email address you’d like to transfer tickets into. We appreciate your support for Los Lobos and Washington’s and we will see you all next year!

“We’re a Mexican American band, and no word describes America like immigrant. Most of us are children of immigrants, so it’s perhaps natural that the songs we create celebrate America in this way.” So says Louie Perez, the “poet laureate” and primary wordsmith of Los Lobos, when describing the songs on the band’s new album, Gates of Gold.

The stories on Gates of Gold are snapshots of experiences that Perez and his band mates have had, based on where they are emotionally and how they respond to evolving life circumstances. “We live out loud most of the time and share our life this way, but then there are more intrinsic things that happen, and our songs are part of the way we react to them. We sit down and basically tell people what has happened. We certainly didn’t start this project with aspirations to create the musical equivalent to great American literary works.”

After celebrating their 40th anniversary with the cleverly titled 2013 live album Disconnected In New York City, the hard working, constantly touring band – David Hidalgo, Louie Perez, Cesar Rosas, Conrad Lozano and Steve Berlin – leaps headfirst into their fifth decade with an invitation to join them as they open fresh and exciting new Gates of Gold, their first full length studio album since 2010’s Tin Can Trust (a Grammy nominee for Best Americana Album) and second with Savoy/429 Records.

The dynamic songwriting, deeply poetic lyrics, thoughtful romantic and spiritual themes and eclectic blend of styles on the 11 track collection has resulted in an American saga in the rich literary tradition of legendary authors John Steinbeck and William Faulkner. Yet true to form, these typically humble musical wolves started in on the project without any grand vision or musical roadmap. Over 30 years after Los Lobos’ major label breakthrough How Will The Wolf Survive? – their 1984 album that ranks #30 on Rolling Stones list of the 100 greatest albums of the 1980s – their main challenge when they get off the road and head back into the studio is, as Berlin says, “trying not to do stuff we’ve already done. To a certain extent, we are always drawing from the same multi-faceted paint box, and we sound like what we sound like. We just want to keep finding new ways to say things.” 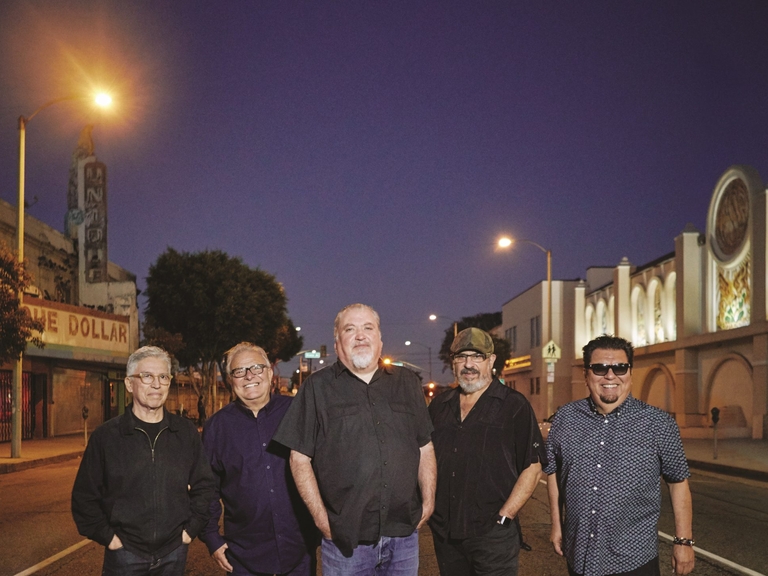 Los Lobos (Spanish for "the Wolves") is an American rock band from East Los Angeles, California. Their music is influenced by rock and roll, Tex-Mex, country, zydeco, folk, R&B, blues, brown-eyed soul, and traditional music such as cumbia, boleros and norteños. The band gained international stardom in 1987, when their version of Ritchie Valens' "La Bamba" topped the charts in the U.S., the UK and several other countries. Songs by Los Lobos have been recorded by Waylon Jennings and Frankie Yankovic. In 2015, they were nominated for induction into the Rock and Roll Hall of Fame. In 2018, they were inducted into Austin City Limits Hall of Fame. They are also known for performing the theme song for Handy Manny.