The Southern Culture on the Skids show rescheduled for May 15th, 2021 at Washington’s has been rescheduled for May 13th, 2022. Existing tickets will be honored to the rescheduled show or refunds are available at the point of purchase. Anyone who purchased a ticket on or before 2/24/2021, please respond to the email sent through Eventbrite or Box Office (check spam if not found) with any refund requests. We appreciate your support for Southern Culture on the Skids, and Washington’s and we will see you all next year!

Southern Culture On The Skids has been consistently recording and touring around the world since its inception in 1983, when Rick Miller was a grad student at UNC-Chapel Hill. The current lineup (Dave Hartman – drums; Mary Huff – bass and vocals; Rick Miller – guitar and vocals) has been playing together for over 30 years. The band’s musical journey has taken them from all-night NC house parties to late night network talk shows, and from performing at the base of Mt. Fuji in Japan to rockin’ out for the inmates at NC Correctional Facilities. Their music has been featured in movies and TV, and used to sell everything from diamonds to pork sausage, and their legendary live shows are a testament to the therapeutic powers of foot-stomping, butt-shaking rock and roll.

SCOTS’ DIY roots go all the way back to the days of making cassette demos in the dirt floor basement of the original band house. “It was a beat down house we found in the woods, covered in kudzu vines”, Rick recalls. “We hunkered down there and came up with the sound and ideas we’ve been refining and tweaking ever since; a blue plate special of musical genres, all mixed together to give up new flavors and combinations.”

“This album comes out 20 years after our first one,” guitarist John Hill says of Dressy Bessy’s second Yep Roc Records release, Fast Faster Disaster. “20 years in and we’re better than ever.  Tammy’s songwriting and performance are as vital as ever.  She’s the genuine article and one of the strongest, most talented women I know.”

“This is the most selfless record I’ve ever written,” asserts frontwoman Tammy Ealom. “In the past, the bulk of my songwriting was inspired by something or someone who’d pissed me off. Writing a song about it made me feel like I was getting the last word, case closed in my mind. With this album, each song was written for someone or something I love.” 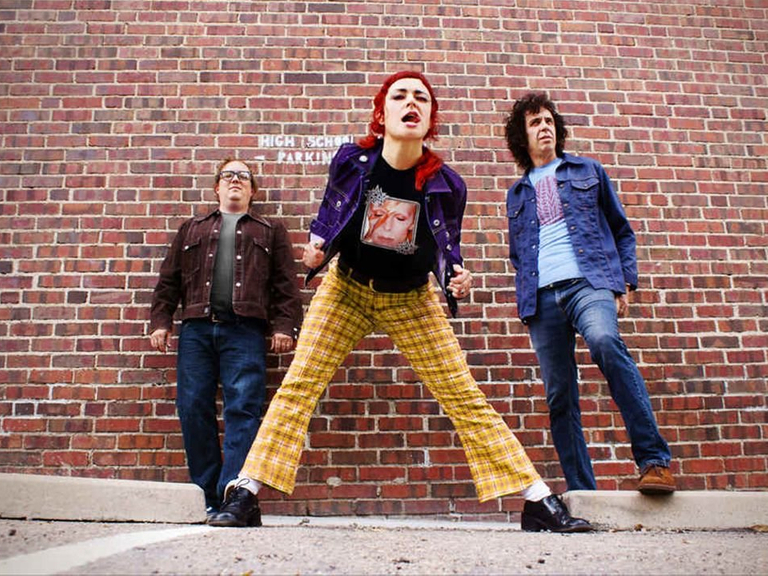 Dressy Bessy is an indie rock band from Denver, Colorado, associated with the Elephant Six Collective. Guitarist John Hill also plays with The Apples in Stereo. Lead vocalist/guitarist Tammy Ealom formed the band with drummer Darren Albert and guitarist turned bassist Rob Greene in 1996. The name was taken from a popular Playskool doll of the 1970s. Hill joined around the time they started recording.